The Medici Family and their Palaces 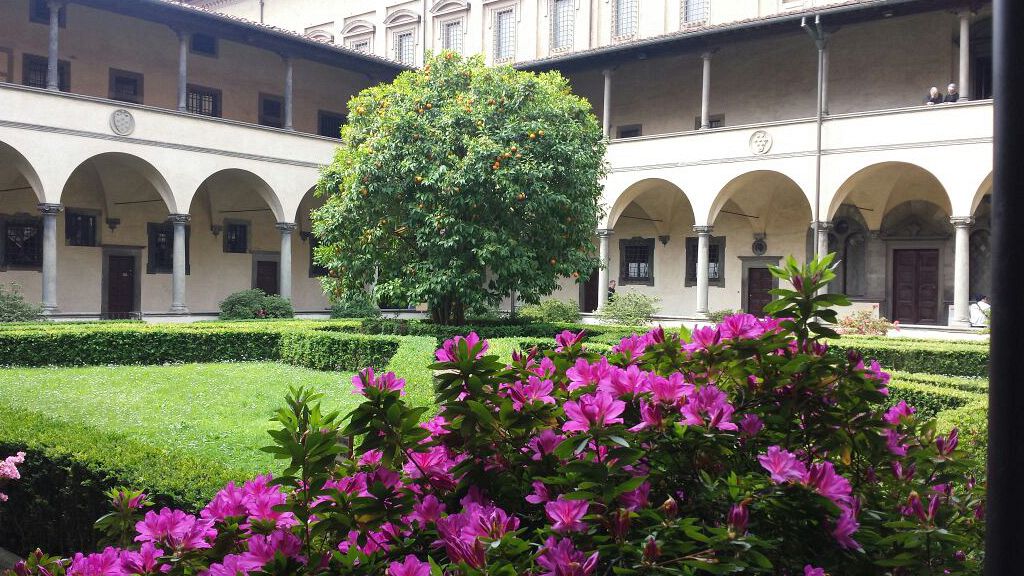 On this tour we deal with the rise of the Medici family and the relationship between political power and art. The tour starts from Palazzo Medici Riccardi, the main residence of the first branch of the Medici family; this is where Michelangelo lived for a while, since he was a close friend of Lorenzo Il Magnifico.

The palace exterior, with its heavily rusticated stonework, gives the impression of a quite austere residence, but when you look at the Renaissance courtyard, supported by columns and round arches, you discover a jewel of classical elegance. The palace became a model for many other palaces built in town by rich merchants and bankers.

Then on to the square of San Lorenzo Church, Florence’s cathedral until the 8th century. From the early 15th century, the Medici family had the church entirely rebuilt in the new Renaissance style. It became their private church, where baptisms, weddings and funerals of the family members were celebrated. We enter the pecefull cloister of the church from which you will have view of the famous Laurenthian Library, planned by Michelangelo.

We round off the tour with the Medici Chapels, the private mausoleum of the Medici Grand Dukes, where you can admire Michelangelo’s New Sacristy and his Medici Tombs.

The New Sacristy was commissioned by Pope Leo X and built between 1520 and 1555. Michelangelo took the plan of Brunelleschi’s Old Sacristy and converted it into a structure filled with motion and tension, animated by the recesses and projections of the walls, the windows which get narrower towards the top, and the chiaroscuro effect of the coffered dome, inspired by the Pantheon.

Michelangelo was also supposed to make monumental tombs for Lorenzo the Magnificent, his brother Giuliano, Lorenzo Duke of Urbino and Giuliano Duke of Nemours, but by the time he left Florence, in 1534, he had completed only the last two.

The Medici Dukes are represented seated like two classical Roman warriors. On the arched covers of the marble coffins we can admire the powerful personifications of Dusk and Dawn, Day and Night, some of the most significant examples of Michelangelo’s sculpture.

The remains of Lorenzo the Magnificent and his brother were moved from the Old Sacristy and interred into the New one, but their funeral monuments were never completed.

We continue our visit across the city center, we reach the river Arno and crossing the river on Ponte Vecchio, we will be in the Oltrarno district where we finally see the imposing Palazzo Pitti, last residence of the Medici family.

The Pitti Palace was once a stately home and now houses several museums and a fine collection of paintings. It also boasts a magnificent view of the Boboli Gardens from the palace windows. On our visit to the Pitti Palace we will take in the collections of the Galleria Palatina, which features works by Raphael, Titian, Caravaggio, Rubens and Velasquez.

This unique setting was used by the Medici from the 16th-18th century for their apartments and audience rooms. As we walk through the state apartments, recently reopened to the public after painstaking restoration, we get a flavour of the Medici times.

The Medici Family and their Palaces

Book Now Your Tour - The Medici Family and their Palaces