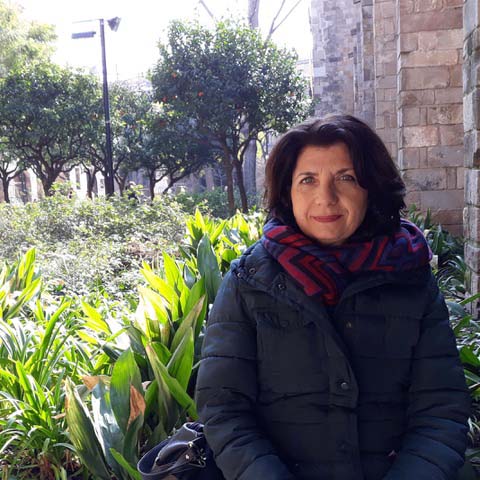 Official guide of Florence in English, French and Spanish.
Rosanna has been living in Florence since 1968, where she grew up after moving from Southern Italy.
For thirty two years she have been working as an official guide of Florence. Rosanna speaks fluently English, French and Spanish.
To improve her knowledge of these foreign languages she spent several months abroad studying at Barnet College in London, at Grenoble University in France and at Salamanca University in Spain. Rosanna graduated from the University of Florence with a degree in Art History and a thesis focusing on Bernardo Buontalenti, a versatile artist working for the first Medici’s grand dukes.