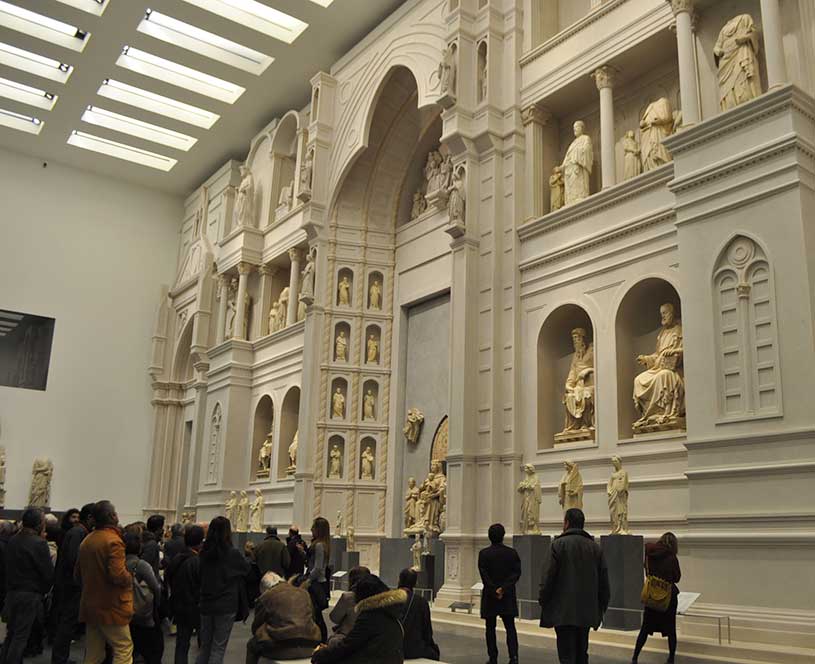 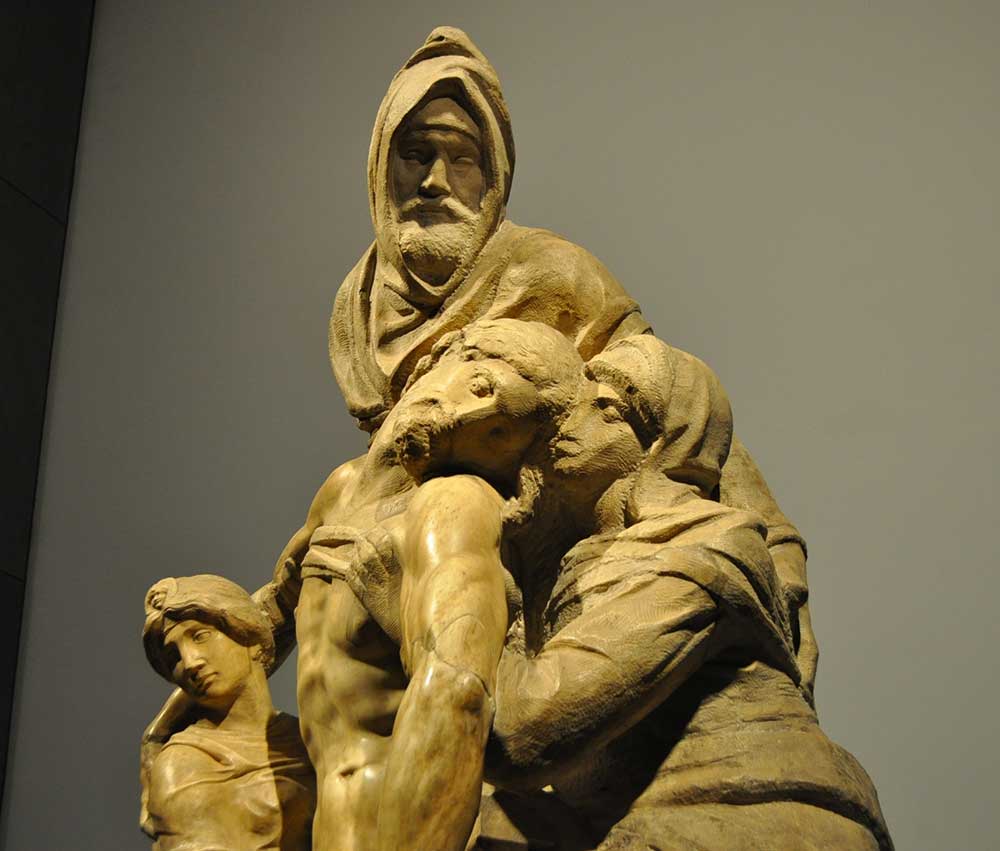 PRIVATE GUIDED TOUR OF THE RELIGIOUS CENTER OF FLORENCE

The tour focuses on the art and history of the religious center of Florence: the Cathedral of Santa Maria del Fiore, which Florentines simply refer to as the “ Duomo", the Baptistery, and Giotto's Bell Tower (outside).
Your guide will walk you to Duomo square for an introduction of the history of Florence and of these major religious monuments. The Duomo is world famous for its superb dome, the greatest achievement of 15th cent. architecture in Italy.

It was designed by Filippo Brunelleschi, who was not only a great artist, but also a brilliant inventor of engineering techniques. Since mid of 14th cent. the Florentines had intended to vault the Cathedral crossing with a great dome, but the issue was how to build it.

Brunelleschi proposed to build it without buttresses using a system of flying centerings and a scaffolding starting from the drum .The diameter to be covered was 140 feet. The vault was to have a double wall made of bricks laid in a dove-tail system, reinforced by stone chains. It took 14 years for the cupola to be raised. Finished by 1436 it arouse the admiration of all the Florentine people. Leon Battista Alberti, for example, a great theoretician of Renaissance architecture wrote of this building: "A structure so great, rising above the skies, large enough to shelter all the people of Tuscany in its shadow".

The ceiling of the Dome boasts one of the greatest frescoes in the world, the Last Judgment by Giorgio Vasari, Michelangelo's best friend and closest pupil.

This church keeps also other important works of the Renaissance such as the best known portrait of Dante Alighieri, author of the most famous poem written in our country in the 14th cent. " The Divine Comedy", as well as unusual painted equestrian monuments for Renaissance mercenaries, and the magnificent 44 stained glass windows dating back to the 14th and 15th cent.

In front of the Cathedral, stands the Baptistery a fascinating building ,with its very original green and white marble exterior decoration in geometrical patterns. It is the best expression of what we call Florentine Romanesque style. For a long time, it was in this church that the Florentines were baptized per immersion in water.

Three bronze doors, orientated North, South and East, lead to the interior of the building. The most famous , the East door, known as the “Gates of Paradise”, is a masterpiece by Lorenzo Ghiberti who spent 27 years in casting them for the powerful guild of Calimala, the merchants’guild.

Inside this building, we will be astonished by the medieval mosaics of the ceiling, sparkling of beauty on their gilded background. Nowhere else in Tuscany one can admire mosaics like these! Generations of artists were involved in putting together millions of small glass tiles to give life to their profound religious sentiment, representing, in horizontal bands, episodes from the Old and New testament, dominated by a gigantic and impressive judging Christ.

Next to the Cathedral, stands the elegant and slender bell tower, commonly called "Campanile", designed by Giotto in 1334.. Except for the medallions and statues of prophets decorating its exterior, that are copies, the building is still today embellished with the original rose marble coming from near Siena, together with the usual white Carrara and green Prato marble. The bell tower boasts the same beauty as in the past times, when the campanile was the symbol of the pride and wealth of Florence.

The highlight of our tour is the new Opera del Duomo Museum, reopened, after enlargement on October 29th ,2015.

The masterpieces exposed range from Medieval to Renaissance, works by Arnolfo di Cambio, Ghiberti, Donatello,Luca della Robbia, Michelangelo and many others.

These artworks, made for the Baptistery, the Cathedral and the Bell Tower, can be admired in a new attractive arrangement: the touching Pietà by Michelangelo, probably sculpted for his tomb; the amazingly modern Mary Magdalen in wood by Donatello; the original set of golden doors known as the Gates of Paradise by Ghiberti and the most inpressive reconstruction of the full scale Medieval facade of the Duomo planned by the architect Arnoldo di Cambio.