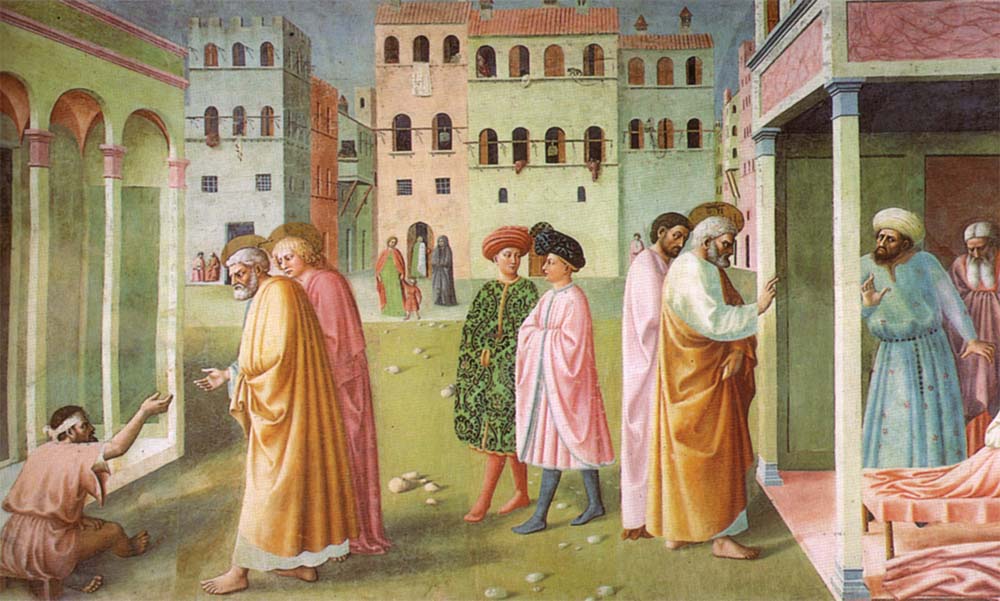 When you think you have seen all the art jewels of Florence you can decide to cross over the Ponte Vecchio, and just a few yards away you’ll see one of the imposing residences of the Medici family: Pitti Palace.

This amazing museum has something for everyone: it’s the Medici family residence combined with gardens and a spectacularly beautiful art gallery, lavish rooms and views.

From the windows of the noble floor, you can enjoy a magnificent view of the Boboli Gardens. Boboli is the prototype of the Italian style Garden, accurately manicured, definitely a photographer’s dream.. no wonder it was recently added to the list of the UNESCO World Heritage Sites.

While the other better-known museums are often crowded, you’ll find in Pitti Palace a quiter, more engaging experience.

The Palatine Gallery is not an Academic museum, the layout preserves the character of a private picture gallery, the paintings are arranged to fit the space and the room’s decorations, revealing the tastes of the great collectors who lived in the Palace. The paintings, which are sumptuously framed, cover the walls of the rooms in the style of traditional baroque galleries, following neither chronological order nor schools of painting.
This unique setting was used by the Medici from the 16th-18th century for their apartments and audience rooms and to call it a museum is perhaps misleading; this is a treasure chest of European art displaying a wide range of High Renaissance and Baroque paintings including spectacular Raphael’s Madonnas, works by Caravaggio, Perugino, Correggio, Van Dick, Rubens and Titian arranged just as they would have been when this was the gran-ducal residence. This peculiar arrangement brings the time of the Medici’s to life, like an incredible trompe-l’oeil fresco, transporting us in another time.

The richest and largest rooms, were frescoed by Pietro da Cortona in his high baroque style . In 1637 he paints a series of frescoes in a small room, the Sala della Stufa representing the four ’Ages’ of Man and they were so well received that the artist was subsequently asked to paint the suite of the five ‘Planetary Rooms’.

The subject of the decoration was apparently linked to the deities and the planets, based on the Ptolemaic cosmology, but the highly ornate ceilings with illusionistic frescoes and elaborated stucco works essentially celebrate the Medici lineage and their virtuous leadership.

The tour continues discovering another wing of the palace, the Royal Apartments, recently reopened to the public after a long restoration: Fourteen lavish rooms which were subsequently the residence of the Medici, Lorraine and Savoy families. Pitti Palace in fact became Royal Palace when the first Kings of Italy resided here, since 1865 when Florence was briefly the capital of the newly united Kingdom of Italy.

Three different historical periods and styles are therefore seen side by side, really giving you the sense of the time because also this part of the Piano Nobile still has its palatial furnishing. The chandeliers and marble decorations alone are worth a visit!

The Apartments, encompassing the Medici and Savoy’s china, ebony and ivory cabinets and carpets allow us to better understand the taste of the European aristocracy or just to wander around, for the sense of wonder and purely esthetic pleasure...
Don’t even try to retain everything, allow yourself instead to feel like a guest of the Medici, astonished for example by the outstanding baroque frescoes or by rich plaster and gold decorations.

Leaving the museum we will be walking in the Santo Spirito neighbourhood, on the west bank of the river Arno. The district is filled with tiny streets and craftsmen’s workshops. This area is a real Florentine district where we can meet the locals.

We will enter the Carmine Church with its famous Brancacci Chapel...

The fresco decoration of the chapel, under the Brancacci patronage since the 14th century, was entrusted to Masolino and Masaccio who worked on it together starting from1424.

The premature death of Masaccio and the exile of the patron, Felice Brancacci, brought to an interruption of the decoration, which was carried on later in the century, in 1480, by Filippino Lippi.

The frescoes depict the stories of Saint Peter’s life with the utmost realism.
Masaccio places real humans in a real setting, as seen from a single viewpoint, using new knowledge of the rules of perspective for the first time in art history. Masaccio tells us where we stand, we are no longer detached spectators, we are part of the scene.

The frescoes by Masaccio were at once recognized as a masterpiece and deeply influenced the Florentine Renaissance painters, including Michelangelo.

All the major artists of the 15th century came here to study the frescoes which combine a perfect application of the new rules of perspective with a remarkable use of chiaroscuro.