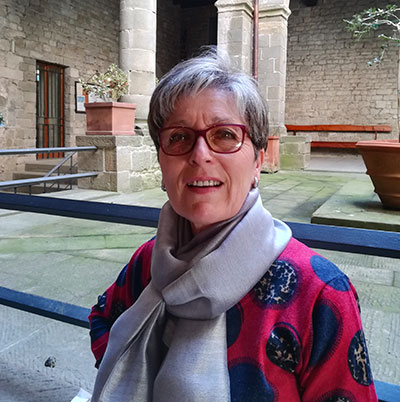 WALK INSIDE FLORENCE FOUNDER.
Professional licensed guide in Florence, Prato and Fiesole from 1992.
Marzia graduated from the University of Siena with a degree in Foreign Languages and during her studies spent eight months in London, preparing last exams and working at the same time.
After taking a course of Culture Language and Methodology at IALS (Institute for Applied Language Studies) at the University of Edinburgh, she taught English at junior high and high schools from 1980 to 1984, though still cultivating her passion for art history and tourism. In 1984 she became a licensed Tour Leader, working with groups of Americans throughout Italy and Europe. After eight years of travelling, she decided to settle down and in 1992 took her examination to became a professional licensed guide in Florence, Prato and Fiesole.