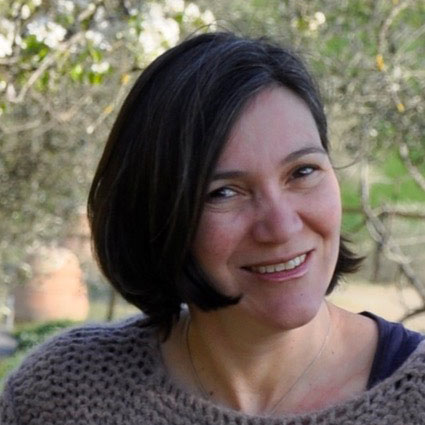 Licensed tour guide of Florence since 2006. She speaks Portuguese, Italian, French and English.
Ana Luiza Avellar is a Brazilian artist that moved to Paris in 1999.  After many personal and collective art shows and years of studies, she obtained a Masters Degree in Art History in 2004.  (dedicating her thesis to the symbols of the roses in the medieval art, by the University of Paris VIII).
Moving again in 2005  from Paris to Florence, she decided to combine her skills of art and languages with her love and passion for the art, culture and history of this city.  In 2006 she became an official tour guide of Florence and the surrounding cities for English, Portuguese, Italian and French languages.