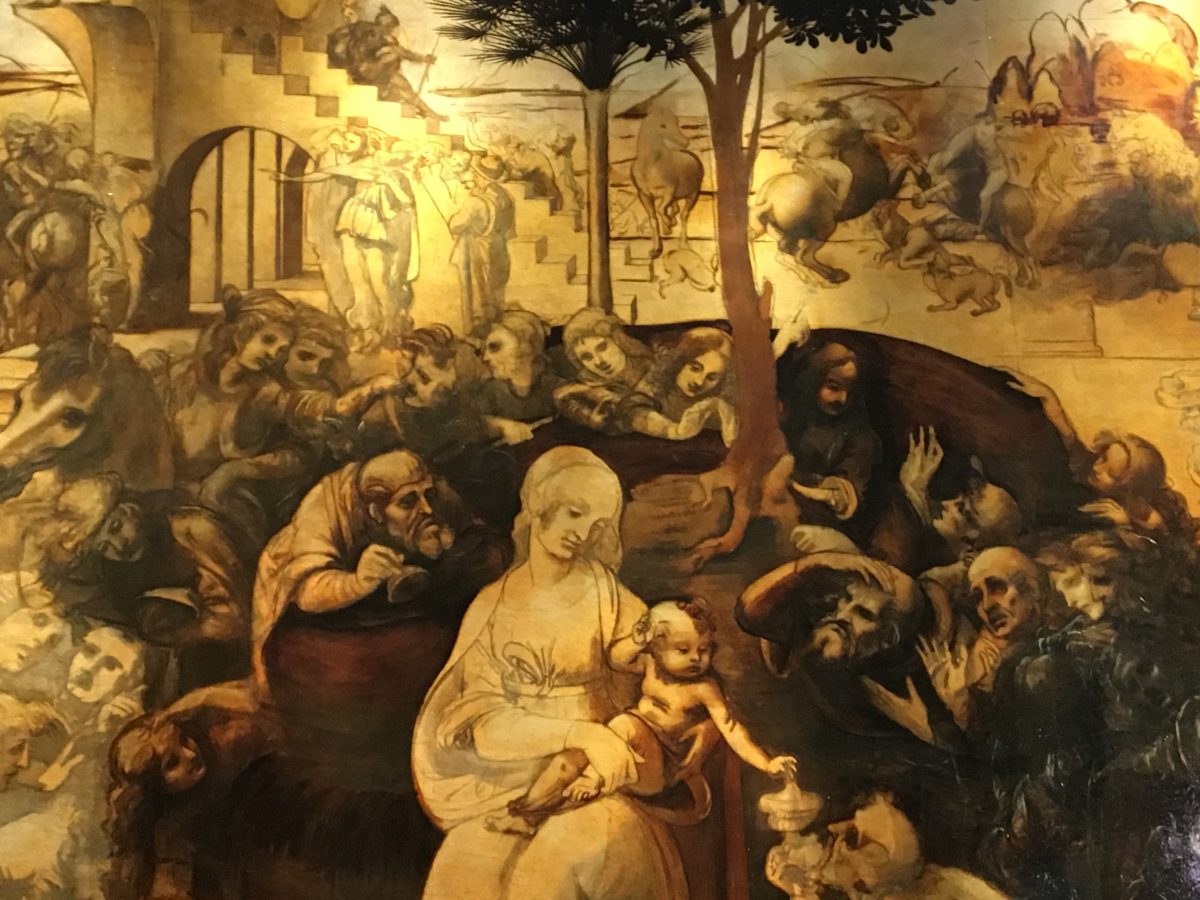 March 26 to September 24
Leonardo da Vinci’s Adoration of the Magi has finally returned to the Uffizi after a complete restoration lasting six years. The restoration was undertaken at the Opificio delle Pietre Dure of Florence.

Leonardo da Vinci’s Adoration of the Magi has finally returned to the Uffizi after a complete restoration lasting six years. The restoration was undertaken at the Opificio delle Pietre Dure of Florence.

The largest of Da Vinci’s surviving panel paintings (2.46 m x 2.43 m), Adoration of the Magi was left unfinished after a long preliminary study. The master worked on this painting between 1481 and 1482; however, in the summer of 1482, he moved to Milan and he left it unfinished. Originally it was commissioned for the church of San Donato a Scopeto by the Augustinian Friars in 1481 but instead it was stored in the Benci family palace in Florence before entering the Medici family’s collection. It has been here since 1670.

The extensive restoration process not only resolved many conservation issues, but it also restored the panel to surprising and unexpected colors as well as full readability.

Together with Da Vinci’s Adoration of the Magi, this exhibition is also hosting Filippino Lippi’s version of the Adoration. Lippi’s painting made in 1496 was commissioned by the friars who asked him to complete the unfinished work by Leonardo. Filippino Lippi followed Leonardo's setting, in particular in the central part of the work. The two masterpieces create a fascinating interplay that highlights the skills and differences between the two artists, a consequence of the cultural and political changes that had taken place in Florence in little over a decade.

Walks Inside Florence offers private and small group tours to visit the Uffizi Gallery. This work of art as well as other of the world’s masterpieces can be brought alive through the insight of a professional tour guide.

For information feel free to contact us at info@walksinsideflorence.it