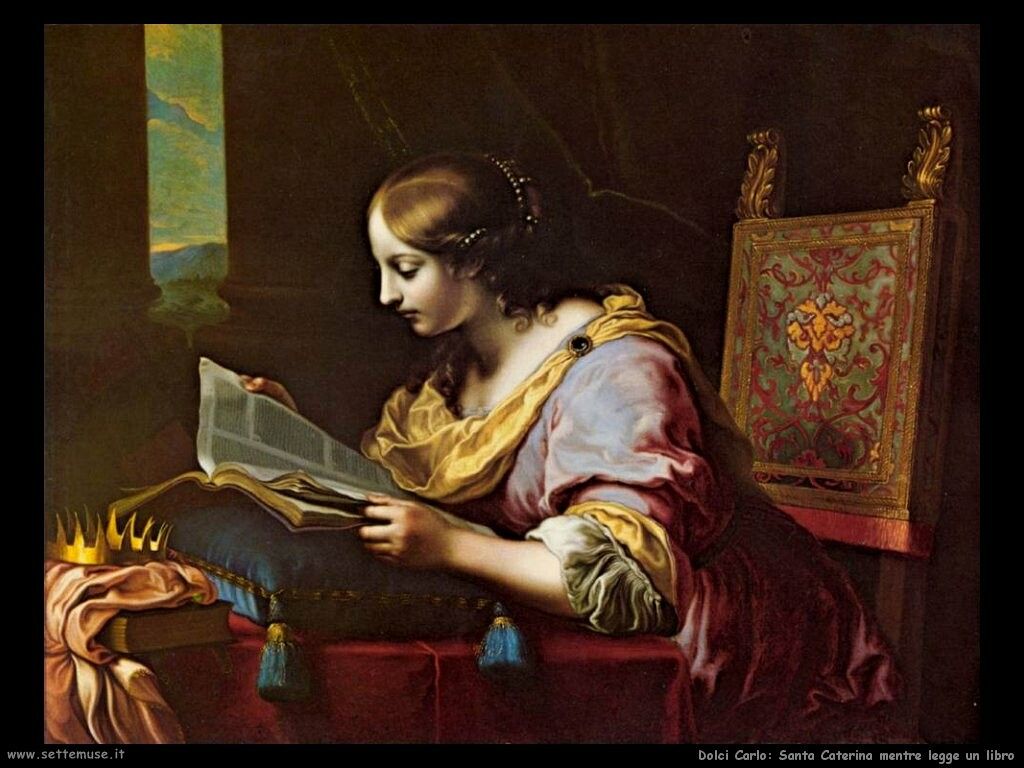 Carlo (or Carlino) Dolci (25 May 1616 – 17 January 1686) was an Italian painter of the Baroque period, active mainly in Florence, known for highly finished religious pictures, often repeated in many versions.

Carlo (or Carlino) Dolci (25 May 1616 – 17 January 1686) was an Italian painter of the Baroque period, active mainly in Florence, known for highly finished religious pictures, often repeated in many versions.

On June 30, the Palatine Gallery of Palazzo Pitti will open Carlo Dolci: 1616-1687, dedicated to the Baroque court painter, one of the most important figures in 17th century Florentine art. The exhibition is organized chronologically and approximately 100 works from museums throughout the world and private collections will highlight Dolci’s great importance to the Florentine seicento.

Dolci was born in Florence, the grandson of a painter. He was apprenticed to Jacopo Vignoli and although he was precocious, he was not prolific. According to his biographer Filippo Baldinucci, “he would take weeks over a single foot.” For this reason he was unsuited for large-scale fresco painting. His works are generally small in scale and he painted chiefly sacred objects, often repeating the same composition in many different versions. His daughter Agnese Dolci also made beautiful copies of his works.

He was known for his piety and it is said that every year during the week preceding Easter he painted a half-figure of Jesus wearing the Crown of Thorns. He fell into a depression in 1682 when he saw Luca Giordano, nicknamed “fa presto” (quick worker), paint more in just five hours than he could have completed in months. He died in 1686 in Florence.

Dolci’s trademark was his translucent lighting, a technique that distinguished him from his contemporaries and predecessors. Often depicted in ecstatic poses, his figures were accentuated by a soft, iridescent light. Since Dolci was profoundly religious, he expressed his feelings in painting.

Besides his religious art, Dolci also painted a large number of portraits, most of which depicted the opulent fashions of the times in great detail. His aptitude for portraiture won him favor with the Medici family and therefore his popularity with all the noble Florentine families of the time. Most of his Medici-commissioned works were for the Grand Duke Cosimo III and his mother Vittoria della Rovere.

Dolci also produced a substantial number of portraits, many of which depicted opulent period fashions in intricate detail. His aptitude for portraiture helped him win favor with the Medici, cementing his popularity with virtually all of the noble Florentine families of the day. The majority of his Medici-commissioned works, however, were for Grand Duke Cosimo III and his mother Vittoria della Rovere.

A fine selection of the artist’s drawings will be accompanying the paintings. Most of these come from the Prints and Drawings Department of the Uffizi, but many from foreign graphic collections such as the Kunsthalle in Hamburg, the Musée de Beaux-Arts in Lille, the British Museum in London, the Cabinet des Dessin du Musée du Louvre in Paris, and the Metropolitan Museum of New York.

Like all great teachers also Carlo Dolci was a painter much imitated and the owner of a thriving workshop that kept his style alive even after his death. For this reason, along with his own paintings another small group of his students’ paintings will be shown by Onorio Marinari, Bartolomeo Mancini, Alessandro Loni and the artist’s daughter, Agnese Dolci.