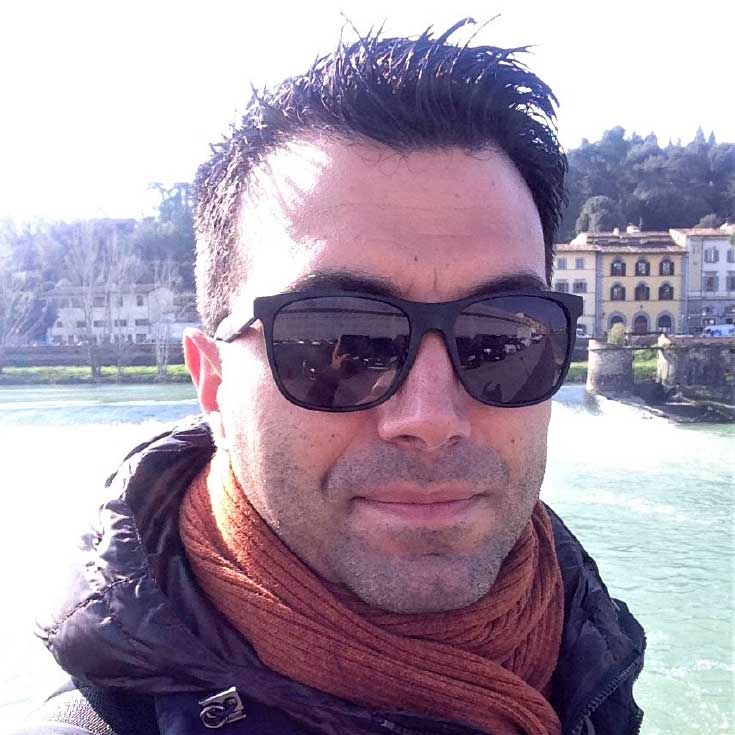 Professional Tour Guide of Florence. He speaks English, Spanish and Portuguese.
Since he was young Andrés liked the history, art and travelling more than any other things. In 2004, he lived in London to improved his English and he worked in The Imperial London Hotel. After, he studied tourism at the Complutense University of Madrid (Aranjuez) and he got a master of tourism (informaton and marketng in tourist destnatons) with which he received a scholarship to do an internship with a tour operator in Rome in 2006. After that, he started to work as a professional tour leader especially in Italy. A few years later he started to prepare to be a professional guide of Florence and he passed the exam in 2010.